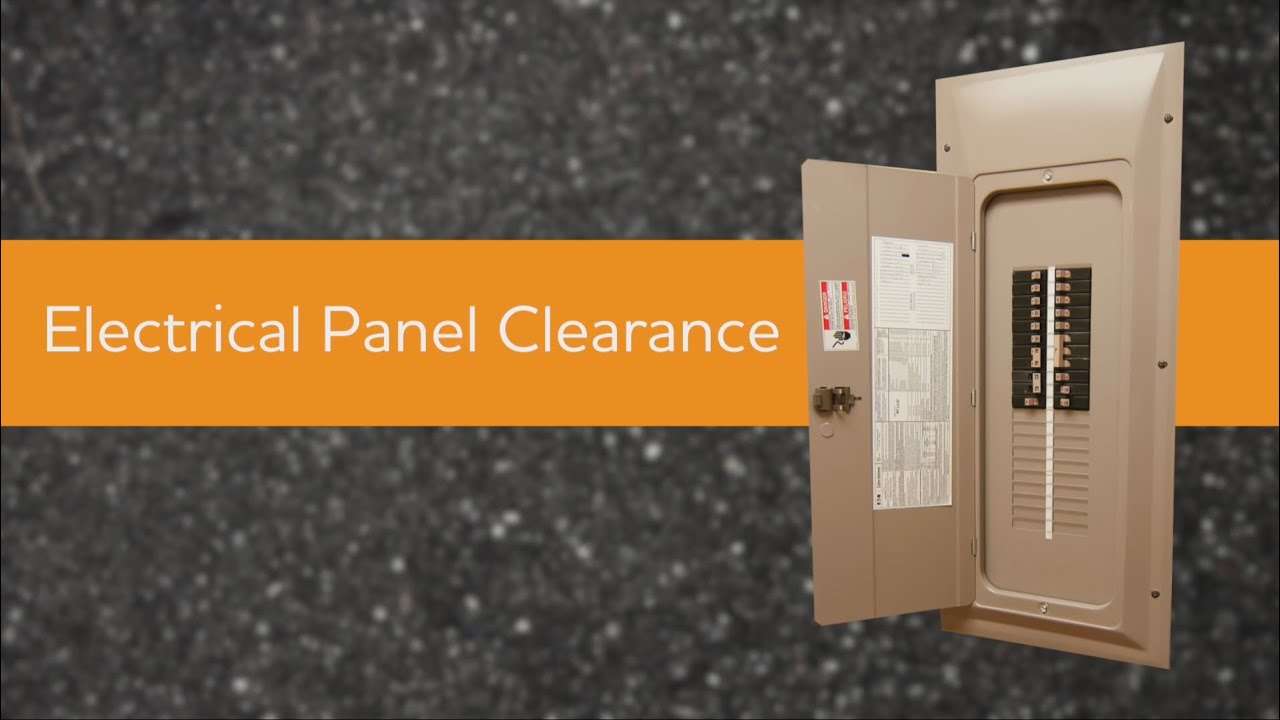 Electrical panels contain circuit breakers designed to trip and stop the flow of current to specific circuits and appliances. Easy access to electrical panels is essential for the protection of employees in the workplace, and panels should never be blocked or inaccessible. To promptly respond to an emergency, it is also critical that circuit breakers are clearly labeled with accurate and up-to-date
directories.

Blocking electrical panels clearance that house circuit breakers as shown in Figure
1 is a violation of both Occupational Safety and Health Administration
(OSHA) regulations and National Fire Protection Association (NFPA)
codes. These regulations require accessibility to the front of electrical
panels to have a minimum of three feet of clearance and a minimum
width to be the width of the equipment or 2.5 feet, whichever is greater.
This assures that there is a clear working space in front for quick access to the circuit breakers in case of an electrical emergency. Having up-to-date directories of circuit breakers also saves time.
The three electrical panels shown in Figure 1 lack the required three-foot clearance.

In most homes, the panel is typically accessible but there are those times when the panel isn’t as accessible. While inspecting a home in Miami the inspector used a step stool and the clothes dryer to balance themselves to reach the electrical panel for a 4 point inspection.  How safe do you think that was, the inspector completed the inspection, but a few breakers hit during the time the cover was being taken off and how difficult do you think it was to get the panel cover back on.  Let’s just say the inspector was a bit exhausted 20 minutes later and one break between taking the panel off and re-securing it.

What is the electrical panel clearance needed?

Electrical panels contain multiple junctions of live wires and other components, and they are required to be accessible at all times. Panels are also required to have a “dead front,” per 29 CFR 1910.305(d). NFPA 70 describes a dead front as an area of the panel “without live parts exposed to a person on the operating side of the equipment.” All live components must be covered in this way so that anyone using the circuit breaker is safe from electric shock. The electrical panel shown in Figure 3 displays the hazard of a missing dead front.

FYI – Electrical panel boxes in commercial buildings should be locked and accessible by trained personnel only. Figure 3b shows the same electrical panel with a new dead front.

If you have additional questions and want to get in contact with GGR Home Inspections please send us a note, text, or call.

Safety #1, Is there a Difference between a GFCI Receptacle and GFCI Circuit Breaker?

Worst Electrical Panels Found in Homes and Why?