The worst electrical panels found in homes and Why?

There are a ton of home buyers that are buying in cash to be able to compete while the inventory levels are low. They are waving appraisal contingencies and sometimes the home inspection too. While this may work for some buyers such as investors that typically have an understanding of additional cost they may incur from the purchase other retail buyers that are using cash are running into insurance coverage issues because of the home’s older components. Having old electrical in an old can keep you from being about to insure it in Florida.

What are the worst electrical panels?

The most common worst electrical panels are actually identified by their brand: Federal Pacific, Sylvania, and Zinsco, however, it is surprising how often distribution or sub-panels are incorrectly wired. I find this often while inspecting in older communities in Miami and Fort Lauderdale areas. 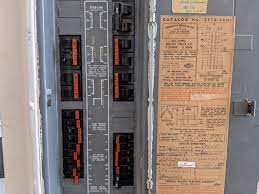 These breakers were commonly installed in homes around the United States from the 1950s to the 1990s. Several tests over the years have shown that one in four of these breakers will be defective and not properly trip, causing a fire hazard. Don’t be a victim of something that is preventable. Check your panel today. 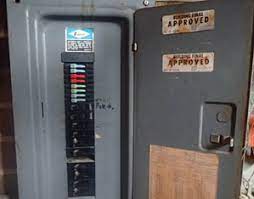 Zinsco was a very popular electrical panel brand. While there are very few of these breakers in operation today, because of their popularity, we still occasionally run across them in older homes. As society’s electrical demands increased, these breakers were not able to keep up. It was found that they would allow electricity to burn until the wires melted, leaving homes at risk of fire and homeowners at risk for shock.

Sylvania panels were used in the US in the 60s and 70s. They were Zinsco panels, bought out by Sylvania, and the only major change in the panel was the Sylvania logo. They have the same problems as Zinsco panels. If you have one of these breakers, they are also uninsurable. 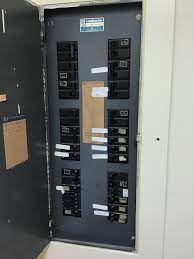 These types of breakers are so old they don’t manufacture any replacement parts anymore. Besides being archaic, they’ve are also grease-fed breakers, which means that if they are not used and serviced regularly, they become difficult to operate. If you have one of these, you definitely need an update. 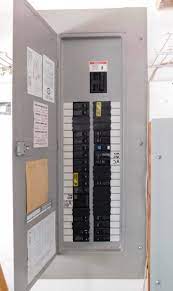 Over the years it was discovered that two types of circuit breakers manufactured by Challenger were overheating under NORMAL conditions at the connection point to the bus bar. This causes expansion and contraction, which in turn causes arcing between the circuit breaker and the bus bar, thus damaging both. 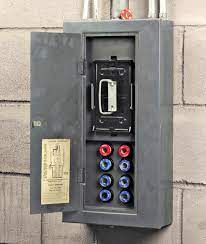 Fuses have not been installed in homes for many decades. Electrical codes change every three years to continually improve the safety of electrical systems that are installed. As a result, no fuse panel currently in use in any home in the United States would comply with minimum code standards in effect today.

Keep in mind that all it takes for a fire to become life-threatening is two minutes. Three minutes more and an entire house can go up in flames.

Bring your risks of house fires down by getting your old or faulty electrical panel replaced. If you have additional questions and want to get in contact with GGR Home Inspections please send us a note, text, or call.

What Is the Electrical Panel Clearance Requirements? First Thoughts?