Do you know what are the pipes on your roof used for? 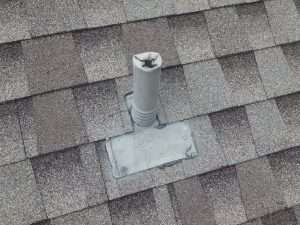 I recently inspected a home in Miami, FL where this was a discussion. This was a beautiful home with 3 bedrooms, 3 bathrooms, and lots of remodeled areas in the home such as the flooring, kitchen, roof, electrical, and HVAC systems. This home had a slab foundation, so much of the plumbing was concealed but there were some things that didn’t quite function as expected which prompted me to recommend a sewer scope inspection be performed such as:

Those were some examples of things that were called out for plumbing to the buyer, buyer’s realtor, and the selling agent who was the owner as well. Everyone was working together well. Communication is key in any real estate transaction and sometimes not valued enough. Shot out to those that put communication as a priority.

So what did the plumber find when they inspected the property?

Looking at the first item “Vent Kitchen Sink”, the plumber found while performing their sewer scope inspection that the kitchen is draining into the mainline with no vent. This is something a home inspector can not see in most cases, it’s assumed that during the original construction of the home that all plumbing lines connect to a vent pipe to allow air into the system and gases to be removed.

This home was a flip and the kitchen sink was moved from the original installation that was properly vented. When the kitchen was remodeled the sink was moved to the exterior wall and was no longer vented. Neither was the dishwasher that was attached to the sink. Could have been a stinky situation if not resolved. How do you think the new homeowner would have felt about their inspection if that had happened. Probably not too good.

Good thing the repair is not expensive, you can add an air admittance valve to the pipe after the P-Trap as noted that will allow air into the system so it can properly drain.

How do I know if my plumbing vent is clogged?

When you have a clogged vent pipe you’ll have the following signs:

How should vent pipe be installed? Here is an example of a toilet fixture being vented.

The horizontal vent pipe runs right next to the closet bend. If the vent wall is parallel to the drainpipe, install a 45-degree reducing Y and a street elbow to point toward the wall. You might need another elbow (of any degree) to position the vertical vent where you want it. The International Plumbing Code (IPC), requires plumbing vent pipes to extend vertically at least 152 mm (6 in.) above a roof, per Section 905.5, “Vent Connections and Grades.” Additionally, vent pipes must be at least 305 mm (12 in.) away from a vertical surface.

I hope this information has been helpful in explaining the purpose of our plumbing vents and how they work. If you have additional questions and want to get in contact with GGR Home Inspections please send us a note, text, or call.

Why Water Heaters Making Noise? May 2021